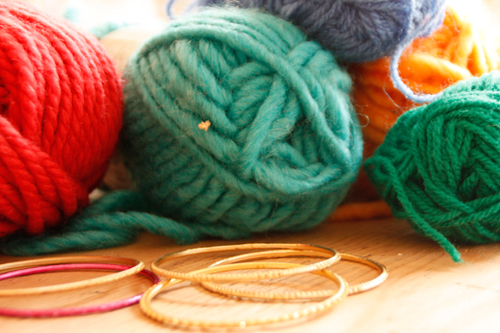 We've been thinking about what we could make for the Olympics prompted by a request from @RedTedArt (or who we call the master-of-crafts-Maggy - you must visit her website for a host of inspiring crafts). So, I printed off a picture of the iconic Olympic rings and explained to the girls the meaning behind the symbolism.

The Olympic games are held every four years and each time a different country will play host to all the athletes, their families and all the spectators who come to cheer them along. Each of the five interlaced rings on the Olympic logo represent a continent from which athletes come to compete in the games.

The five colours, blue, black, red, yellow and green represent a colour found in each of the countries taking part, united in Olympism. We talked about the hendiatris (the motto) Citius, Altius, Fortius, or for those non-Latin speaking Faster, Higher, Stronger' . Though I think we prefer the more informal but equally known version 'The most important thing is not to win but to take part'.

As we looked at the rings Sophia suggested we make bracelets. One for each colour, matching the symbolism of the five rings.
So this is what we've been making; Olympic macrame bangles. We can wear them all summer long and always have something by which we can remember the year the games came to London. Summer 2012, a summer to celebrate together peacefully (though very excitedly) in the mutual enjoyment of worldwide sport. 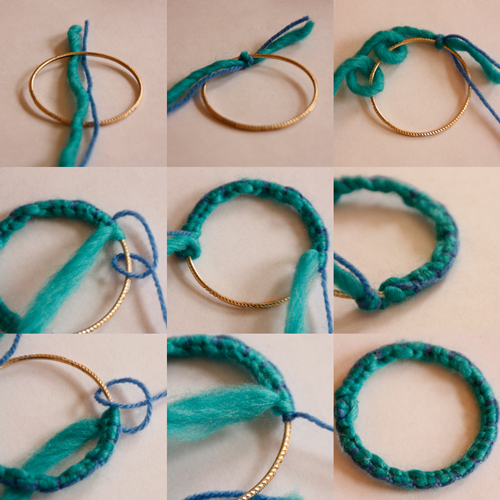 Macrame is a very simple form of textile making. Rather than weaving (like the rag rugs we made), or knitting which I've yet to learn myself, macrame is the craft of knotting and creating patterns with the knots. We use it here in its simplest form to turn un-loved bangles into much loved brighter ones.
It's as simple as over, under and through. which is what the girls kept saying as they knotted each one. 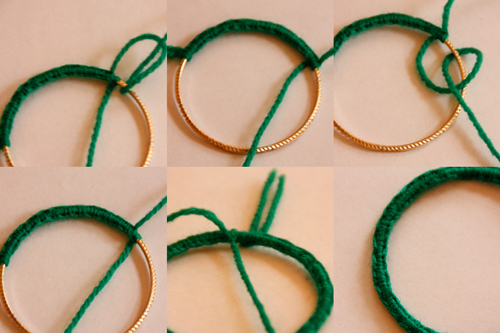 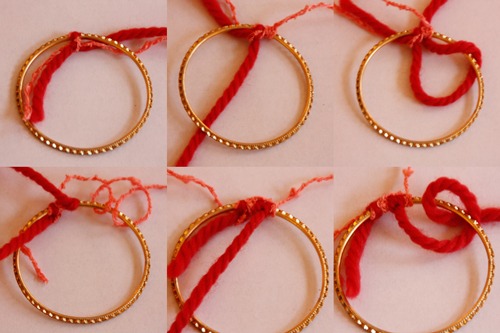 Here's how:
We experiemneted with different thickness's of wool and though the thinner wool and embroidery thread gave a smooth and more polished appearance to each of the bangle, the girls found it much easier to work with the thicker wool. Not only was it easier to feed through and make the knots it also gave a quicker result. 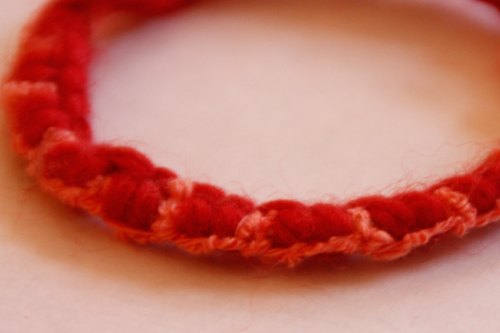 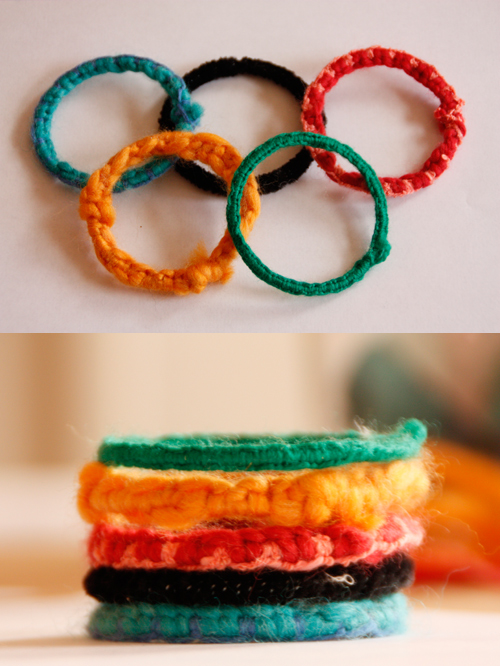 The girls love their bangles and the softness of the wool is beautiful. Now the girls are enjoying wearing them, their new found love of macrame and they're ready with their Olympic bangles to raise their arms and cheer for everyone!
Of course you don't need to make Olympic colours and you can mix and match as many different colours as you like, perhaps using more than two strands! Whatever your reason and colours you chose this a beautiful first macrame craft for children. 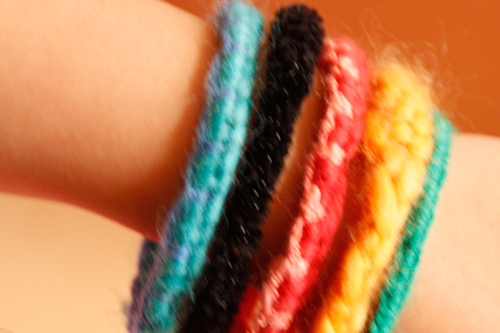 This is part of our weekly Monday Makery where we bring you a recipe to bake or a craft to create. Visit our Monday Makery when you're in need of inspiration for something to do on a rainy day or to use as interception of the words 'I'm bored', or just because being creative with your children is something you all love to do.
Our other popular blogposts include 'The story behind our collections', 'Tell us its Tuesday' , An A-Z of Sisters Guild, The Art of Living posts bring you all the things we are passionate about and the things we discover in our lives as mamas, and our 'Once upon a week' gives you a glimpse into life behind the scenes at Sisters Guild. 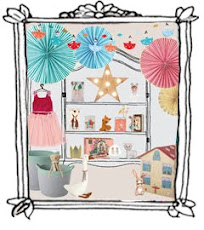 story behind our collections 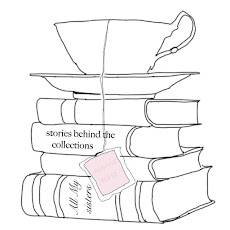 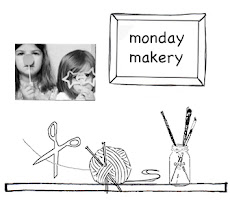 Around The World With You 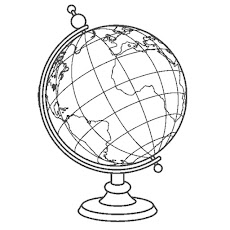 Tell Us it's Tuesday

Get Me In Your In-Box